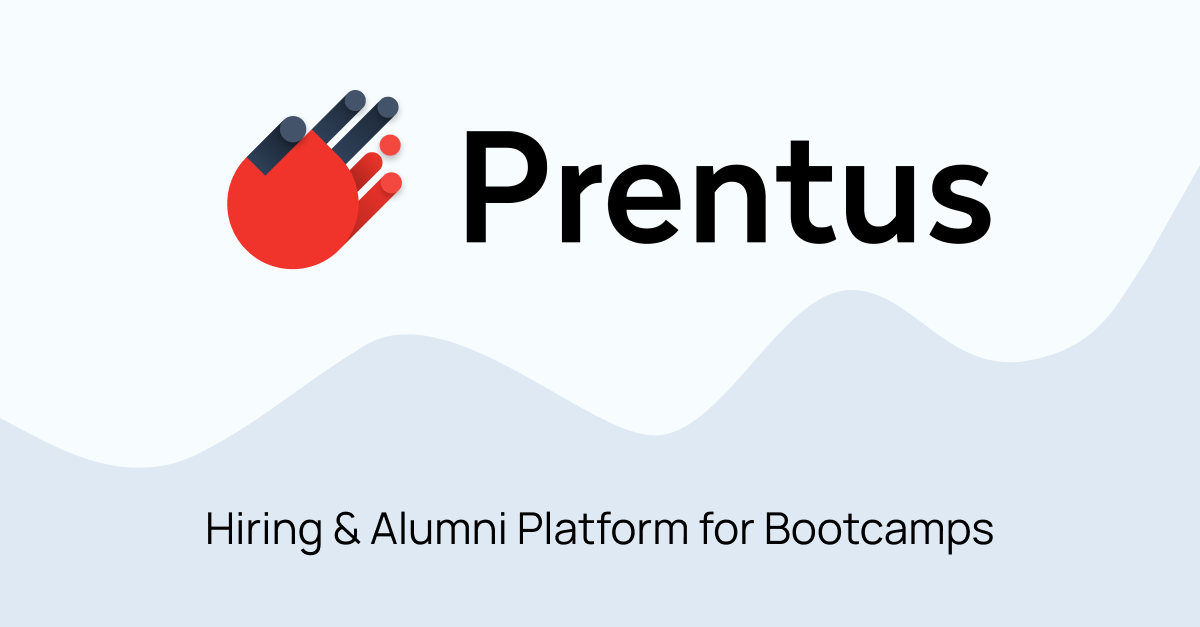 Today, I want to talk about what Prentus is doing next. And to understand our pivot I want to go back to the beginning which was exactly a year ago today.

On 4/20/20, we opened our doors. Our goal was to make sure that every hardworking, talented person could get a shot to prove their worth.

The initial approach was to get bootcamp grads experience. They were getting skipped over for being inexperienced so we figured that unpaid internships with early-stage startups would be a good model.

During the summer we set up 10 internships, made some money, and people got the experience they needed. There was moderate success but we didn’t see a long-term future for this model.

Unpaid internships were exclusionary. Not everyone could afford to work for experience. Experience doesn’t pay rent or food on the table. Also, the companies looking for free labor were usually not the best. Some internships got canceled because the companies were predatory.

From here, I decided to take the learnings from this and build a platform for paid internships. It would accept all bootcamp grads and filter out bad businesses. Took a few months and in the meantime, we built up the Booting Up community with a bunch of events and support.

When we launched that in November 2020, it was a flop. Telling businesses they had to pay us AND pay interns was a roadblock for them. There was no attraction other than the goodness of a manager’s heart. It wasn’t enough.

I headed back to the drawing board and did a bunch of research in January. I spoke with VPs of Engineering at large companies. I talked to recruiters. And, of course, I talked to bootcamp grads.

I learned new things and used that to make some changes. We changed the positioning, added some new features, and called it trials.

The risk of hiring a grad was still there. There were cheaper, more attractive options for hiring talent.

Then, I had an epiphany.

Lambda School had launched its Fellows program in November. It basically did what we were trying to do: let a business try a grad before they hired.

The twist was that Lambda School was paying the grad during the trial. Only if the business hired them did they pay Lambda back. The results?

75% of Fellows were getting hired according to Lambda School’s data.

If the model works and I had software that automated the process, I realized I could sell this software to bootcamps. They could each have their own Prentus platform to do both traditional and trial hiring.

As I chatted with bootcamps, I quickly realized they were interested. This would help them raise their placement rates which meant more revenue, happier grads, and wider acceptance of bootcamp grads in the market.

Prentus new thing will be as the bridge from bootcamp to career. It starts with a white-labeled hiring platform that lets bootcamps automate their hire-by-trial program. But it will be a lot bigger than that. There’s a giant roadmap of products to come that will lift up bootcamp grads and alter how people start their careers.

Prentus had to take a step back. But we will be taking some massive leaps forward because of it.

I could not be more excited for the next decade. Let’s get some people hired.

If you are interested in trialing one of our partner’s grads for 4 weeks for FREE, please sign up here.

If you want to get more in-depth on Rod’s process while building Prentus, follow him on Twitter or YouTube where he will be posting unfiltered stuff.

And if you are a bootcamp trying to stay ahead of the curve with getting your grads hired, schedule a demo with us here.